VISAS AND RESIDENCES FOR FOREIGN INVESTORS. 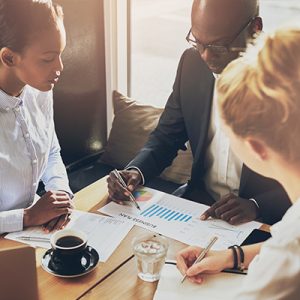 Country’s economic growth, resulting in the opportunity for foreign investors to come to the United States through the EB-5 visa, which allows them to have a temporary residence that becomes permanent in two years.

These are visas especially for those entrepreneurs who, looking for an economic opportunity, or an alternative education for them and their family or, perhaps, reach their retirement in the United States, are interested in investing and permanently residing, in a legal way, in the US territory.

30% of those visas (3,000 per year) are destined to be granted to the investors that are included in the pilot program designed by USCIS, called the Regional Center.

According to the definition of U.S. Citizenship and Immigration Services, is an economic, public or private entity recognized as such by the INS for its activity in the promotion of economic growth, improvement of the production of its region, creation of jobs and the increase of capital in domestic investments and, In this way, its business economic activity has a positive impact on the regional or national economy.

For investors interested in such a program, USCIS has made available a complete list at www.uscis.com/regionalcenters, thereby avoiding the possibility of fraud.

HOW TO APPLY FOR A VISA EB-5

First, foreign investors must demonstrate that they will invest in a new company located within the Regional Center duly approved and recognized by the USCIS pilot program.

Second, they will show that they have generated at least ten jobs in their new company, either directly or indirectly, through an increase in exports, an improvement in the productivity of the Center area or an increase in the investment of national capital, product of the pilot program.

CONDITIONS OF THE INVESTOR TO BE ELECTED

The fundamental condition is the capital already invested or to be invested, which is the amount required to found a commercial company and with which they will generate the quantity of new jobs and will benefit the regional and national economy. They can obtain the EB-5 visa for him and his immediate nuclear family (spouses and unmarried children under 21).

The investment must be made in: The creation of a new company, with capital of at least one million dollars, or five hundred thousand, in cases where it is invested in an “identified unemployment area” (TEA), that is, the areas where unemployment has reached more than 150% of the national rate or a rural area designated by the Office of Management and Budget (OMB).

The purchase of an existing one, but subject it to a restructuring and reorganization that results in a new company.

Or expand an existing business by 140% of jobs or net worth before the investment or, also, keeping jobs in a company that has lost 20% of its net worth during the last two years.

STEPS TO REQUEST THE STATUS OF IMMIGRANT INVESTOR

The first step is to file the form i-526 Immigrant Petition by a foreign entrepreneur. Together with this form, it must be sent with the necessary documentation to prove without any doubt that the petitioner’s investment complies with all the aforementioned agreements: The establishment of a new company, the investment of the stipulated capital, the creation of the number of jobs required, that the investor is actively participating in your company, creating jobs in an area of ​​identified unemployment. In addition, you must clearly verify that your capital comes from a legal source of funds.

RISKS OF THE INVESTMENT

All investments involve a risk and, in the case of companies founded by immigrant investors, it is not an exception, but the risk of their investments is the same as for any business in the country.

The primary family, immigrated under the EB-5 visa, has all the rights of an immigrant, from the moment they obtain the green card. The children will be able to live and study in the United States, even if the investor no longer resides in the country.

THE PROCESS TO REQUEST THE EB-5 VISA

The best way to guarantee that the request is accepted in an agile and smooth way, is by placing yourself in the hands of the law firm Kostiv & Associates, where there is a team of professionals with the knowledge and experience to provide you with the best service.

The Legal Office of the Attorney Petro, we offer you the advice and representation in this type of visas since the Visas and Residences for Foreign Investors, are one of the Specialties that the Attorney Petro performs very frequently.

-Right to vote and thus be part of the political decisions of the country through your vote.

-Carry a United States Passport; which opens doors to many countries throughout the world.

-Make family requests; since being a citizen of the United States, the waiting time is shorter, than if you were a legal permanent resident.

To obtain United States citizenship, the applicant is required to comply with a series of requirements such as:

-Have a good moral character

-Know about the History of the United States.

-Have basic knowledge of the English language.

That is why Attorney Petro helps you in this process, which sometimes becomes difficult due to the technicality of the immigration law providing you with a professional service.

If you are considering applying for Visas and Residences for foreign investors, contact our immigration specialists today at (213) 309-9123.