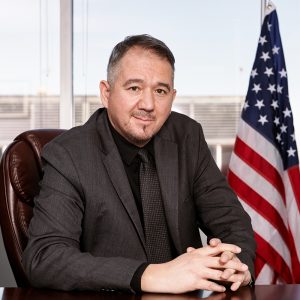 Ivo Genchev, Esq. is a citizen of the world, he has spent extensive time in Cuba, Spain and Mexico. He graduated from middle school and high school in Mexico City.

Ivo is a passionate advocate for the underprivileged and a defender for what is right and just. His experience in Immigration Court has helped multiple people change their life and hope for better future. He is highly respected by the Immigration Judges for his zealous advocacy for his clients.

His multinational experience has made him understand better different cultures and people’s everyday problems.

Ivo started his legal studies when he was 16 years old at the Colegio “Holandes”, in Mexico City. Subsequently, he transferred to Sofia University “St. Kliment Ohridski” in Bulgaria his native country. He graduated at the age of 19.