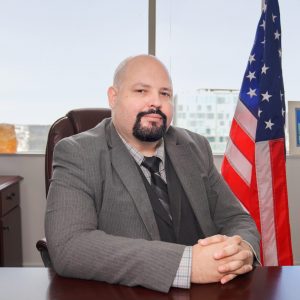 Handling legal and immigration matters on behalf of people all over the world, Michael Quiroga is known for his dedication and results-oriented approach to legal issues. Being a team player, and working closely with his fellow peers at Kostiv & Associates, P.C., he addresses and handles every task in a diligent, professional, and efficient manner with the client’s best interests in mind at every turn.

Born and raised in California, with family within the Golden State and also in Miami, Florida, Michael has a deep understanding concerning the desires people have to meet their immigration needs, as his own parents immigrated to the United States from La Havana, Cuba in 1971. He demonstrates his commitment to help people every day on the job, passionately helping navigate cases and the difficult situations these legal immigration matters create.

Before becoming an attorney, Michael previously was a paralegal specialist for over a decade and a half dealing with legal matters ranging from civil litigation to probate matters both at the State and Federal court levels, with positions held at litigation firms, as well as having worked for the United States Federal Securities and Exchange Commission. His desire to help people in the legal field grew to such an extent that he transitioned into the role of an Attorney at Law.  Remembering the hardships his family faced while growing up led to his passion to enter the immigration field and presently handles immigration cases that include but are not limited to seeking Asylum, Cancellation of Removal, and securing Special Immigrant Juvenile Status and Guardianship, as he engages the courts. Truly understanding the sensitive nature of every case he takes on, Michael fights for people at every opportunity.

Michael earned a Bachelor of Arts degree in Political Science from the California State University of Los Angeles, graduating with honors on the dean’s list. He then attended the same University and became a Certified Paralegal.   His desire to continue his education led him to the Southern California Institute of Law, where he received a professional Juris Doctor law degree and graduated in the top portion of his class, even securing the highest examination score in the law school’s history concerning a Constitutional Law examination.