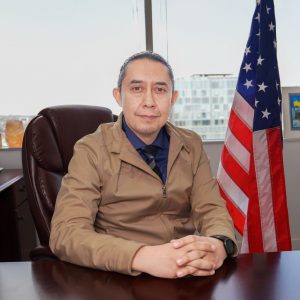 Cesar Coronel is an attorney in Kostiv law group; he is also an accredited lawyer in Ecuador.

Like other immigrants, he had to adapt to American culture and he himself had to go through an immigration process that gives him a more human and personal perspective when working in immigration cases.

Cesar practiced insurance and general law in Ecuador for 4 years, before moving to USA; he graduated from Cuenca University in 2000 and was among the best students of his class, obtaining the title of Juris Doctor and the License to practice law in Ecuador. In 2005 he migrated to California, since then he has called Los Angeles his home. He is fluent in Spanish and English.

In September of 2021 he became licensed to practice law.

In a personal level, Cesar enjoys watching movies, sport events as: MMA, soccer, and basketball; he likes to keep himself updated about all economic and political events happening around Latin-America; he loves spend quality time with his family and friends.