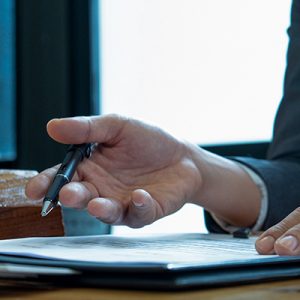 When you are captured at the border or when you surrender to immigration officers, and when you express the fear of returning to your country of origin, there will be a process by which immigrants detained by ICE will have to pass. In this segment of our website, our immigration lawyers explain the asylum process after being captured crossing the border without valid documents.

An immigrant and without legal documents in the United States of America can request the Credible Fear Interview. This request is made on the basis that the person is afraid to return to their country, this may be for reasons of extortion, violence, torture, or for any damage or abuse that the person or a close relative has suffered. This request can be made independently if the person is detained in a detention center or not.

If the officer determines that the fear is credible the person will have the opportunity to present their asylum case before the Immigration Court, which after a process of different courts the Immigration Judge will determine if the person applies to receive asylum in the States United.

If the asylum officer determines that the fear is not credible, meaning that the person’s case does not meet the requirements for the person to apply for asylum in the United States, the immigrant has the opportunity to ask the judge of immigration to review the decision of the asylum officer.

If the Immigration Judge considers that the person’s fear of returning to their country is not credible and affirms the decision of the asylum officer, the case is handed over to the Department of Homeland Security again and the person has the opportunity to present another resource.

This resource consists of the Motion to Reconsider the findings of the Credible Fear Interview.

If the officer considers that there is now a credible fear, the immigrant will have the opportunity to apply for asylum in the Immigration Court. If the officer determines that the fear is still not credible the person will have to return to their country of origin.

If you are considering to be represented for us, contact our immigration specialists today at (213) 309-9123.