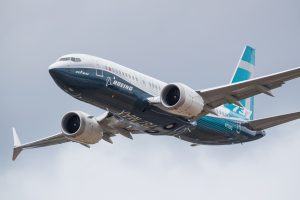 The Justice Department on Thursday said Boeing has agreed to pay more than $2.5 billion to resolve a charge that it conspired to defraud the Federal Aviation Administration during its review of the 737 Max, the airliner involved in a pair of deadly crashes that killed 346 people.

The Justice Department’s Criminal Division said the crashes exposed fraudulent and deceptive conduct by employees of one of the world’s leading commercial airplane manufacturers. The penalty is a combination of a $244 million fine, $1.77 billion in compensation to Boeing’s customers and a $500 million fund for the families of the crash victims.

Boeing admitted that two of its 737 Max flight technical pilots “deceived” the FAA about the capabilities of a flight-control system on the planes, software that was later implicated in the two crashes, the Justice Department said.