The FAA approved the Boeing 737 Max to be flown again after extensive investigations. 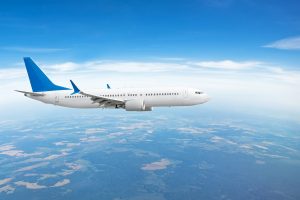 After several studies, tests and verifications, the US Federal Aviation Administration (FAA) cancelled the order that stopped Boeing’s commercial operations.

The strike affected several companies and particularly Boeing, although it was certain that 737 Max were safe, complied with the order to put the aircraft on the ground. The new provision will allow airlines under FAA jurisdiction, including those in the US, to take the necessary measures to restart the service and a Boeing begins making deliveries.Over the past 20 months, Boeing worked closely with airlines.

An airworthiness committee  issued by the FAA detailing the requirements that must be met before US carriers can resume service, which was already resumed in 2021, including the installation of software enhancements and modifications. In separating cables, training pilots and conducting extensive maintenance activities that will ensure aircraft are ready for flight.

After grueling hearings on Capitol Hill, the day before the FAA’s final decision, the House of Representatives unanimously passed a voice vote bill reforming the aircraft certification process.

The bill, among other things, requires a panel of experts to assess the safety culture and recommend improvements and directs aircraft manufacturers to adopt safety management systems and complete safety assessments of the system for significant design changes.

Congratulations Boeing, which operates in Bolivia for more than 94 years with efficiency and safety. Some consumers are still concerned that the lengthy recertification process and changes in company software and culture will not be enough. Airlines are allowing free-flight changes to passengers concerned about the Boeing 737 Max, and the company is struggling to repair its reputation