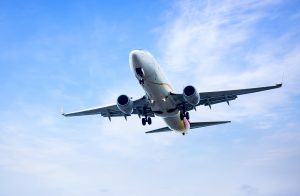 Indonesia’s air safety is back in the eye of the hurricane after a Sriwijaya Air plane carrying 62 people crashed into the Java Sea minutes after takeoff last Saturday, this mishap is the country’s third major air crash in just over six years.

Before the crash, there had been 697 deaths in Indonesia over the past decade, including military and private aircraft, making it the world’s deadliest aviation market, ahead of Russia, Iran and Pakistan, according to the Aviation Safety Network database.

The Lion Air Crash, which killed 189 people revealed fundamental problems with the aircraft model and triggered a global safety crisis for Boeing. Even excluding the deaths from that accident, Indonesia would be above Russia.

Indonesia, an archipelago of thousands of islands, relies heavily on air travel and its safety issues illustrate the challenge facing relatively new carriers as they try to keep pace with the unstoppable demand for air travel in developing countries while seeking standards that other markets took decades to reach.

From 2007 to 2018, the European Union banned Indonesian airlines following a series of accidents and reports of deterioration in the monitoring and maintenance of their aircraft. The United States lowered its Indonesian safety assessment to Category 2, meaning its regulatory system was inadequate, between 2007 and 2016.

Indonesia’s aviation safety record has improved in recent years, receiving a favorable assessment from the United Nations aviation agency in 2018. But in a country with a high death toll from vehicle and ferry accidents, the safety culture is battling a mindset that makes it inevitable that some accidents will happen, experts said.